Martin ate another bowl of Socko Krispies - the only cereal to contain the natural goodness of socks! - and contemplated the future. He was due to be executed the following morning, so this did not take long.

In between spoonfuls of soggy cereal he puffed heartily on a series of expensive Cuban cigars that his lawyer had stolen for him. He had never been a smoker, but since he was going to die, he figured he may as well enjoy himself. It wasn't working - the cigars choked him and tasted filthy - but he continued to smoke them since he wasn't going to get his money back.

He thought back to his childhood and his love of reggae music. He had obviously been very stupid throughout his youth, because now he hated reggae.

He only liked music where the singer sounded more miserable than him: The Smiths, Prefab Sprout and Mariah Carey. He didn't really like music very much at all, but he liked the idea of people suffering for their art. He was a firm believer that great artists needed to suffer. Indeed, he would often go to gallery openings and beat up artists, just to ensure that they were getting enough pain. He considered himself a modern-day muse.

He had written to the Burgermeister and pleaded for clemency, and had received a polite note declining his request and confirming his impending death sentence. He couldn't blame the Burgermeister; after all he was scheduled for execution for killing the Burgermesiter's prize bull and then running off with his daughter.

The only bright spot was that Helen - the Burgermeister's daughter - had been spared death and had instead been sent to her room with no supper. This cheered him up and he gave himself an inward pat-on-the-back that he had finally learned to be happy for someone other than himself. He considered it a real emotional breakthrough and was looking forward to further development in the afterlife.

He didn't know why he had killed the bull - or even why he had run off with Helen. It has all seemed a good idea at the time. His life of crime had started when he was young. He had taken to ram-raiding at an early age, but lacking the courage to steal cars, he would simply throw himself at windows and invariably just bounce off or shatter his tiny limbs. It was not a profitable business, but it thrilled him with illicit lust.

He though of Helen and how hungry she must be without any dinner. At least she would be able to eat tomorrow morning and would witness his execution on a full stomach. His own tummy rumbled and he pondered whether there would be food in the afterlife.

The administration centre was empty, apart from DEATH. He sat there, bored and restless. It was only a matter of seconds before the bell would sound and he would be summoned to the earthly plane to administer another poor soul's last rites. He regretted taking the job. Still, it paid the rent.

He resented working on Christmas Day, and had considered making a complaint to Duncan, the union rep, but he knew the contract stipulated 365 days a year. No holidays. No overtime. No chance of going on strike. Not really much point in complaining.

There was a tiny placard sellotaped to the wall:

"You don't have to be dead to work here...but it helps!", it screamed in fruity pink letters. He hated that bloody placard. It was no laughing matter... not for him. He was DEATH and he had a reputation to protect. Besides, he knew he'd get hauled up to heaven if he ever started slacking. That Jesus was a pious son of a gun.

He picked his nose and pondered how ambulance drivers and doctors always seemed to develop a macabre sense of humour about death and other unpleasantness. They ended up cracking jokes about rape victims and playing "hide the pancreas" at autopsies. Bloody wankers - no better than students.

DEATH didn't find anything that funny. He'd been working the same shift for thousands of years and still hadn't developed that nasty sense of humour. When he wasn't working (which was almost never) e liked Laurel and Hardy, Chaplin, Little and Large - the classic slapstick stuff.

There hadn't been much to laugh about for the last 100 years or so. He had stopped smiling at all sometime during World War I. That was when the job had gone from difficult to nigh impossible. He had pleaded with God for extra help, but the Old Man was set in his ways.

If DEATH were in charge of the operation he'd totally change the infrastructure - from the top down. The afterlife needed a quality management consultant. He waited impatiently for Sir John Harvey Jones to die. Maybe that would help.

DEATH idly thought of ways to reduce his workload. One evening he had been pissed on cider and had considered leaving the cure for cancer on a medical desk when he next was on Earth - but he knew that God was delaying the release of that project for another couple of decades. Some PR Guru had told God that releasing it so soon after the millennium would make people nervous - would lead some nuts to putting 2 and 2 together and making 5. DEATH didn't much like PR gurus. He enjoyed watching them die.

Martin walked into the room. "Alright boss? Coffee?", he was relentlessly cheery. In life he had been an undertaker and he had made the transition into the afterlife with consummate ease. He made Death nervous - despite the little man's amiability, he always got the impression that Martin was after his job.

"No thanks. No point. I'll only get called away."

The buzzer sounded. He was used to it, but it always filled him with dread. He wondered if he'd ever get used to it. Probably. He got used to most things, eventually.

"Oooh, this is an interesting one, boss. Assassination. Gang-related. Colombia," piped Martin, as though death were a novelty. 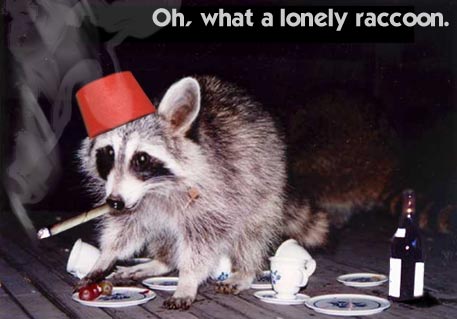